So I don't know when this happened, but it has happened. On my usual route home from work today, I encountered 3 fellow cyclists who all used me as a wind breaker. I became an amateur domestique for the masses.

These chaps all differed in cycling class from a largish man on a racer to an athlete on a single speed fixy. The most notable user of my slipstream was the aforementioned single speeder. In truth I had done well to keep up him with from Tottenham Court Road. I tracked him for about 3 miles, going through a loop of catching him at traffic lights and allowing him to move away off the mark when the lights reverted to green. I managed to finally overtake him going over Blackfriars bridge and remained in front for about a mile. But as I approached a flyover just after Elephant & Castle roundabout, I looked behind me to find the single speeder right on my back tyre and looking chilled. I moved into the single lane which mounted the flyover, and just as I got into a comfortable position, off he went. He absolutely nailed me up the minature climb. I felt like I had been used and abused. I sat up on my bike and had a little think about what had just happened.

I initially thought about him not really seeing it as a competition, but the man looked back down at me as he hit the summit (I say summit, it is about a 20ft climb, with an ave gradient of 1%) and I swear he grinned!

This happened to me two more times today, but neither of them were able to get away from me like the single speeder did. I learned my lesson.

I momentarily thought it was me going to slow which caused these situations, but in all three cases it wasn't that the cyclists were struggling for room to overtake me. They were just competitive devils like myself. That is why in the latter of the three situations, I refused to let the cyclist into my slipstream by moving (safely) into the middle of the road and saying to him "go on then". He quickly backed off.

Game on London. I am no Chris Froome to a city of Bradley Wiggins'.
Posted by daniel.welch at Tuesday, October 02, 2012 No comments:

I had my second ride out with the Dulwich Paragon cycle club this weekend, which involved a 35 mile ride around a standard route the members do every Saturday morning at 9am on the dot.

I joined the quickest of the three groups, as I thought it would be a great indication of where I currently am, in terms of my own ability. Luckily, I managed to keep up with the group, even though the quicker members of the group did have to wait occasionally for a handful of us mere mortals. I had a moment on this ride where I actually considered dropping off and waiting for the intermediate group to sweep me up, but I managed to overcome my own mind and kept on pedaling.

The members of this group were potentially much, much quicker than I was, which shouldn't be much of a surprise considering a lot of them are active racers. But like in the Tour De Nock a few weeks back, I was amazed at how they seemed to be able to crank up the cadence and pull away when climbing and when on flats.

Once again, I tried to learn as much as possible from the two hours I was out on the road with these guys, watching out for things like the respective gear selection at certain points of the route to see if there was anything I was getting significantly wrong. I also got chatting on to a number of riders again (which I swear must annoy some of them) to work out what they did as part of their training regimes, in an effort to pick up tips. Since the ride itself, I have also taken to reading other cycling blogs, such as http://bicyclelab.com/ and http://www.cycle-faster.com/  on the importance of factors like rest days, diet and technique. All of which has led me to the following thoughts:

1. I need to build interval training into my weekly routines
2. My current plan of having a rest day after each training ride is fine
3. I shouldn't worry about building in another rest day should my quads be sore from previous rides
4. I am starting to think there is no need for my middle chain ring, and I should perhaps look to use just two
5. I need to start looking at my diet, which has improved but is still not to the level I need it to be at
6. Despite the cost, some decent deep rimmed wheels would be a really positive addition to my bike

But in each of the articles I have read, the constant no.1 point seems to be - 'What is your ultimate goal?' This is something I am yet to set in concrete, which is likely to hinder any long term progress I make on the bike. I mentioned this to Rob (my housemate) on Sunday morning. I can't seem to work out how serious I want to get with cycling. I seem to live and breathe cycling at the moment, I am in love with my bike and I live for getting out into the countryside and cycling for miles. But what I plan to work out in the next couple of weeks is whether I see cycling as a casual/social event or if I intend to attempt to try and race for a team one day.
Posted by daniel.welch at Monday, February 20, 2012 No comments: 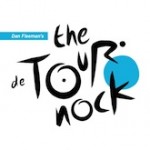 A few weeks back I participated in my first large scale organised cycle event. Apltly named the 'tour de nock', it takes place around Cannock a beautiful, very scenic location just north of Birmingham. As far as I am aware, the event is very much in its infancy, in terms of how long it has been going, but the organisation from the organisers at Cycle Shack, among others, was really good.

It was just under £8 to enter via the website and there were three distances too choose from; 15, 40 or 60 miles. I of course chose to do the 60 mile course, thinking that it would be really good to pitch myself against some of the more serious riders from around that part of the country. I really wasn't dissapointed with any part of the day, particularly the challenge the course gave, with the first 30 or so miles made up of quick decents and the second 30 containing a few tough climbs.  I really had a sobering moment, when after keeping up with the lead group for 52 miles, I then bottomed out on the final climb and lost touch with the entire group, who just seemed to continue on their merry way.

Despite also looking like a complete novice, compared to others in my distance category, due to wearing football socks and fingerless gloves on a day when the temperature was hovering around 0oC, everyone was so friendly too. I managed to get chatting on to a few triathlon athletes who were in training and a few cyclists from different teams from around Cannock.

I found out about the event through a guy called John Hibbs, who added me on twitter. I noticed John had a big part to play in the Tour de Nock, and a couple of other more personal cycling challenges coming up in 2012. After delving into why he was doing them, it turned out he was raising money for his sister, who had a so far untreatable condition called Lupus.

Lupus is something that I wasn't aware of until I actually read up on the reasons for Johns fund raising activities, but to very VERY breifly summarise Lupus - it causes the body’s immune system to go into overdrive and in turn begins to attack itself. It is believed that over 50,000 people throughout the UK suffer with Lupus of whom 90% are female.

The funds raised from the event actually went towards his charity (the Hibbs Lupus Trust). Around £1,800 was raised in total, as far as I am aware, and went toward a very worthwhile cause. Link to his website - http://www.hibbslupustrust.org/

Both the event itself, and the Hibbs Lupus trust made this event a no brainer for me, and I will definately be in attendance next year. A more in depth write up from the organisers themselves can be found by clicking on the following link - http://gorunandride.co.uk/tour-de-nock-2012/
Posted by daniel.welch at Sunday, February 19, 2012 No comments: 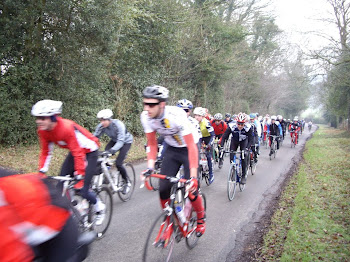